Why is Newcastle Called Newcastle?

A brief history of Newcastle upon Tyne including an explanation of where the city got its name from and why the locals are known as 'Geordies'.

Have you ever wondered where Newcastle got its iconic name from? In this blog post, we’ll look back over the history of Newcastle upon Tyne and uncover where the name originally came from as well as discussing how iconic words such as ‘Geordies’ and ‘The Toon’ came to be.

A brief history of Newcastle Upon Tyne

More commonly referred to as simply ‘Newcastle’, the city we know and love today originally started as an area occupied by a Roman fort in 122 AD which became known as Hadrian’s Wall. Throughout the centuries, Newcastle has gone through radical changes which have all helped to shape its unique history.

The early development of Newcastle started with Hadrian’s Wall in the Roman era and it remained a relatively small settlement until the Anglo Saxons arrived in the North East of England around the year 500. Whilst this period is relatively undocumented, the Anglo Saxons named the area ‘Monkchester’ which remained until the Normans established the area as Newcastle in 1080. The castle was often used to fend off the Scots from invading the Kingdom of Northumbria throughout the following centuries, whilst helping to establish and expand trade within the town.

Throughout the Middle Ages, Tudor and Stuart periods, Newcastle grew in terms of size and development, however, it suffered through numerous conflicts and from plague outbreaks. From the 18th century, Newcastle began to develop and prosper. Iconic builder Richard Grainger and his team of architects also began to build some of the structures and buildings which still stand tall today, such as Grainger Street, Grey Street and the Royal Arcade.

Newcastle thrived as a city during the Industrial Revolution, and it became classified as a powerhouse. Newcastle became central to the production and exportation of coal and the area saw prosperity through shipbuilding and heavy engineering. Throughout the 19th century, the city continued to grow and develop as industries such as pottery, glass making and locomotive manufacturing boomed. 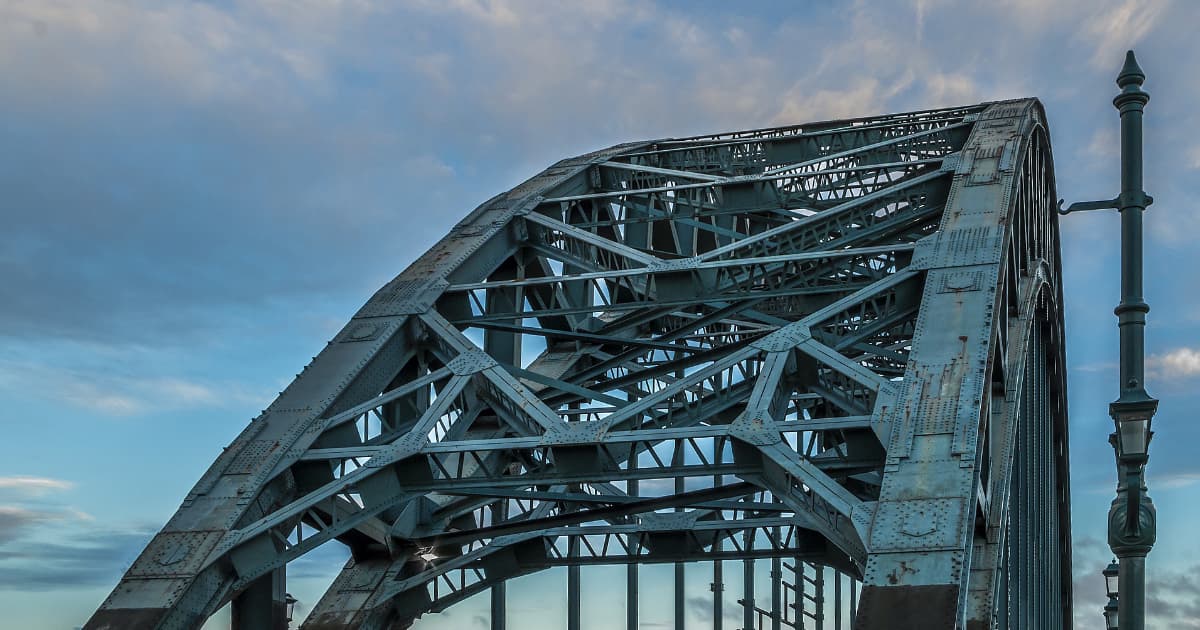 The iconic Tyne Bridge was opened in 1928 after three years of development, which remains an internationally recognised symbol of Newcastle today. Following the Second World War, many industries which had allowed the city to prosper started to collapse which led to the demolition of large sections of the city. Over the 20th century, developments such as Eldon Square Shopping Centre and Newcastle Civic Centre were established, and they remain part of the iconic buildings in the city today. Newcastle today is well known for its friendly community, close proximity to the coast and vibrant nightlife. It’s a very desirable city to live in, with many people each year opting to move to Newcastle to either work or to study at one of the universities.

Why is Newcastle called Newcastle?

Newcastle gained its current name in 1080 under Norman rule. With tensions rising in Northumbria, William the Conqueror sent his son Robert Curthose up north to defend against the Scots. To assist with this, a wooden castle was built on the River Tyne to act as the main crossing point. The area was thereafter referred to as ‘Novem Castellum’, which translates directly to New Castle, with the name remaining ever since. Whilst the original wooden castle has been rebuilt throughout different periods, a castle remains in the same area today which is open to visitation from the public.

Why are people from Newcastle called ‘Geordies?’

Chances are you will have heard people from Newcastle or surrounding areas be referred to as ‘Geordies’, but many people are unaware of where this term actually originates from. This is partially because there isn’t a definitive answer, however, there are a number of popular theories regarding how Newcastle locals gained the Geordie moniker.

Two theories surround the North Eastern local miner and engineer, George Stephenson. One suggests that George gave evidence to a Parliamentary Commission regarding Railways in 1826, where local Londoners found his dialect and speech blunt and decided to miners and coilers from the North East as Geordies (a nickname derived from ‘George’). Stephenson also designed the Geordie safety lamps for miners which were used in the North East instead of Davy lamps, which were used by other mining communities.

Another theory suggests that the term was coined by Scottish Jacobites in 1745, who used ‘Geordie’ as an insult to refer to natives of Newcastle Upon Tyne. Many people believe this theory is more plausible as strictly speaking, only Newcastle natives are classed as true Geordies, with locals from surrounding areas being referred to with other nicknames.

Why is Newcastle often referred to as ‘The Toon’? 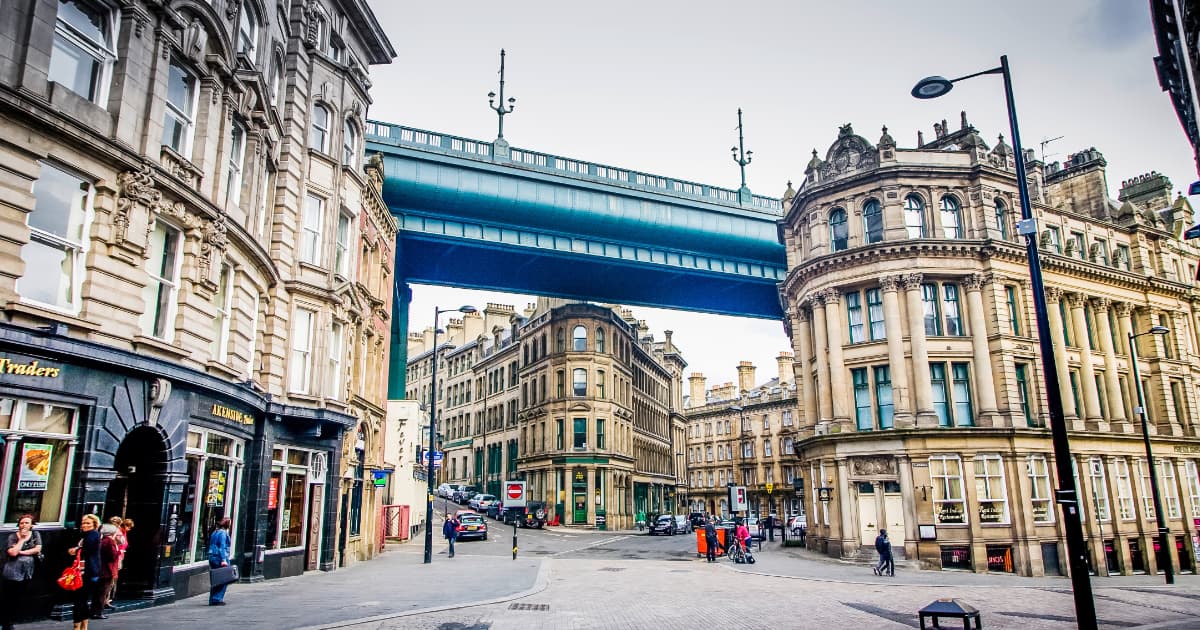 Technically, ‘The Toon’ can refer to any town, however, the phrase has become so synonymous with the city of Newcastle that people will likely assume that anyone saying it is referring to Newcastle specifically. The phrase has also gained recognition for being associated with Newcastle United, as the football club is often referred to as The Toon, with the fans also being known as Toon Army.

Newcastle is a city that is proud of its roots, and people that are born in the city as well as others that move from different parts of the world can still feel that pride today. It is often regarded as one of the most popular places to live in the UK and its history plays a significant part in its appeal. 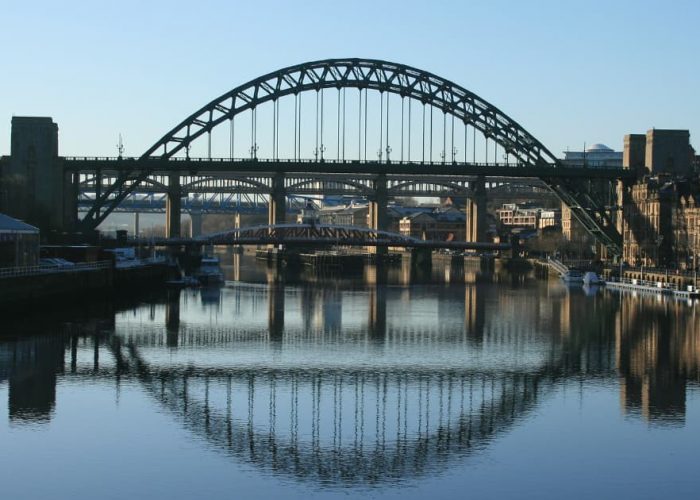