A selection of issues that may appear in a property survey

A property survey is something you will have come across, or at least heard mentioned, any time you have considered purchasing or putting an offer on a property listed for sale. In essence, these surveys aim to identify potential problems, issues, and things that you will need to rectify prior to or upon moving into a property. While a survey is more of an outline than a checklist of things you must do, for most potential buyers it raises red flags and will more often than not add extra cost and financial burden to the purchase.

With that said, what are some of the most common issues discovered as part of these surveys, and what do they mean for the property?

Once regarded as a go-to insulating material for new builds and roofing renovations, asbestos is now known to cause serious health problems, including lung and respiratory diseases with no known cure. Because of this, any mention of asbestos on a property survey is bad – but it is still one of the most common issues that’s flagged.

Luckily, it is fairly easy to contain provided it’s intact, however it will need to be acted upon quickly – and if it seems as though the asbestos is damaged in any way it will become more complex to sort. In short, it needs to be removed and disposed of by an expert, and that comes at a cost.

Damp, when left to its own devices, can affect the structure of a building and can cause health issues to those living inside. Depending on how severe the problem is, damp can be contained and managed however it is advised that any sign of damp should be followed with a formal damp investigation by a specialist to determine the spread and extend of the issue. 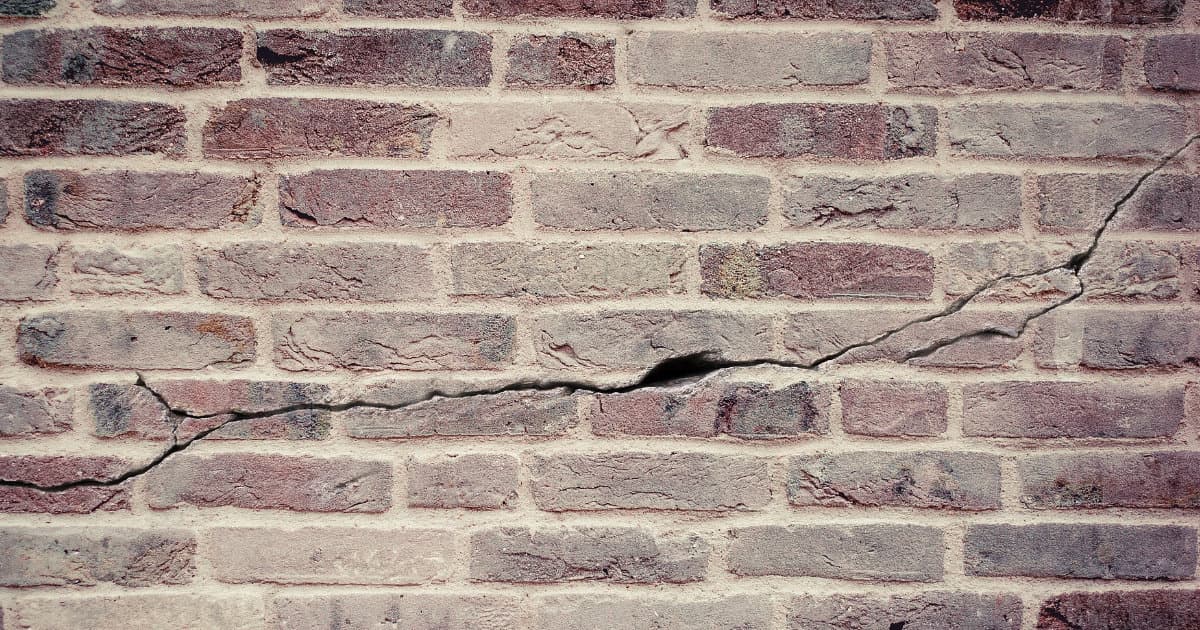 Not only are cracks unsightly, but they are also indicators that there could be something more serious wrong with the property. Despite this possibility, cracks are often not as serious as they look – and they show up in nearly every survey that’s conducted in one form or another.

The main cause of dry rot is poor ventilation, and so you may find signs of dry rot in properties that have been uninhabited or where a leak has been allowed to cause damage over a length of time. The extend and implications of any dry rot will be indicated by the surveyor.

This may not seem like the mot destructive or high priority issue but having invasive plants such as Japanese knotweed in your garden can cause serious issues to your ability to get a mortgage. Why? Because Japanese knotweed can and is known to have caused structural damage to everything from garden walls to pavements and roads.

This may be easy to address if you’re moving into a new property, but missing or ineffective smoke and carbon monoxide alarms are still a common issue found in property surveys.

Nobody wants a leaky roof, and while a missing tile or two may seem minor, it can quickly cause damage to the structure of the roof and its ability to protect the property from water and other damage. Most importantly for buyers, roof repair is expensive and needs to be carefully considered.

If the previous owner of your property made changes to the structure which were unapproved, the chances are that you will need to put the property through Regularisation – which is essentially a retrospective approval notice. This may not seem like a huge thing, but it’s extra work and admin on your part, for something that is not your fault – and is an issue that many buyers fall foul of in the survey.

Woodworm is not uncommon, but it is a pain to get rid of and when left to its own devices for long enough, can cause structural damage as well. Woodworm is, luckily, easy to identify and treat – making its regular appearance on survey reports marginally unproblematic.

Finally, the beast that is structural movement. If a surveyor can find evidence that your potential property is suffering from subsidence, you will need a fully detailed report which looks at how much the property has shifted and to what extent it will continue to do so without adequate repair. This movement is, more often than not, a cause of the cracks we mentioned earlier, which is why we always advise that buyers take notice of any cracks and fully explore what caused them.