A look at some of the notable public figures who attended Newcastle University at one point or another.

Have you ever wondered if any famous people attended one of the universities near where you live? Perhaps you also studied there during or near to the same time as them. The truth is many celebrities have attended universities in the UK prior to their fame and in some cases they were studying whilst already considered as public figures. This is certainly true when it comes to the many great universities in the North East of England.

In this blog post, we’ll look at some notable Newcastle University Alumni who were either famous during their time at university or became well known after finishing their studies.

Before making a name for himself as a famous filmmaker and environmentalist, James Honeyborne graduated from Newcastle University with a biology degree in 1992. Honeyborne has worked on a number of award-winning documentary series for the BBC including Blue Planet II, Patagonia: Earth’s Secret Paradise, Japan: Earth’s Enchanted Islands and Wonders of the Monsoon. In addition to his work with the BBC, he signed a major multi-year deal with Netflix to produce new nature and science series.

Embed from Getty Images
Born in Consett in County Durham, comedian and actor Rowan Atkinson made the move up to Newcastle to complete his university studies. He graduated with a degree in Electrical and Electronic Engineering from Newcastle University. Atkinson has since become a world-renowned actor and comedian, mostly for his portrayal of the character Mr. Bean and Edmund Blackadder.

Sir Graham Wylie is a businessman who is known for being the co-founder of Sage, the UK’s biggest software business. Raised in the North East, Wylie attended Newcastle University and graduated in 1980 with a bachelor’s degree in Computer Science. Shortly after graduating, he founded Sage Group which has since grown into one of the largest software businesses and is listed on the FTSE100. In 2004, he was awarded an honorary doctorate from Newcastle University. For his contribution to Newcastle upon Tyne, he has been awarded the freedom of the city.

Now a world-famous journalist, Kate Adie was born in Whitley Bay and attended Newcastle University where she graduated with a degree in Scandinavian Studies. After graduating, Adie went on to join the BBC and has often reported on international conflicts and crises. Some of her most significant assignments included reporting on the 1989 Tiananmen Square protests, the 1994 Rwandan genocide and meeting Colonel Gadaffi in Libya. She has received worldwide recognition for her contributions to journalism and has received multiple awards including two BAFTAs.

Lisa Nandy is a Labour MP and currently holds the position of Shadow Secretary of State for Foreign and Commonwealth Affairs. She studied politics at Newcastle University and graduated with a bachelor’s degree in 2001. Nandy was initially elected to parliament in May 2010, when she was elected to become the first female MP for the Wigan constituency. In 2020, she ran in the Labour leadership election and came third in the contest with 16.3% of the votes. She would later be appointed as the Shadow Foreign Secretary in Kier Starmer’s new Shadow Cabinet.

Known for being a British explorer, Ed Stafford is most famously recognised for being a Guinness World Record holder for being the first ever person to walk the entire length of the Amazon River. Ed attended Newcastle University in the 90s and graduated with a BSc in Geography in 1997. Stafford documented his Amazon expedition in the 2011 TV series Walking the Amazon and has since gone on to create several exploration documentaries and films. He has also released several books documenting his adventures.

Embed from Getty Images
Bryan Ferry is a musician who is known for being the lead singer of Roxy Music. Before embarking on his musical career, Ferry attended Newcastle University and studied Fine Art from 1964 until 1968. He went on to form Roxy Music in 1970 who achieved international fame throughout the 70s and 80s. Ferry then released multiple solo projects before reuniting with the rest of Roxy Music in 2011. His work has received international recognition, with Roxy Music being inducted into the Rock and Roll Hall of Fame in 2019.

Olly Hicks is a rower and explorer that is known for his extreme voyages across the world. He is a member of the Newcastle University Alumni and soon after graduating he became the first person to row from America to England solo at the age of 23. His voyage was also made into a documentary called “Virgin Row” after being sponsored by the company, and the film won first prize at the Moscow Film Festival. Hicks has been on voyages all over the world and is reported to have paddled over 7000 miles, spending over 220 days alone at sea.

Even a member of the Royal Family has attended Newcastle University, with Princess Eugenie graduating in 2012 with a degree in English Literature and History of Art. She has gone on record to say she had an amazing time during her studies here in the city of Newcastle. Since graduating, Princess Eugenie has been involved in philanthropy and has actively been involved with helping charities such as The Salvation Army and the Teenage Cancer Trust. 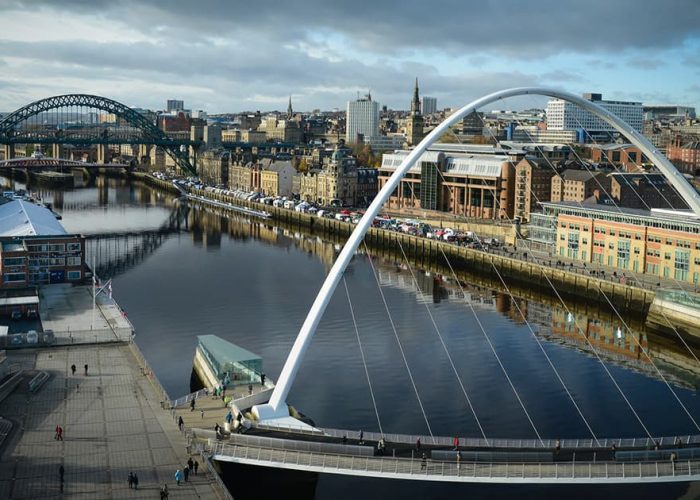